Origin: Supremat comes from a long line of World Champion Grand Prix Dressage horses. He is sired by World Champion Sandro Hit who alone has many outstanding achievements. His sire, Sandro Hit, is a Legend of the modern type, has numerous Bundeschampions, several licensing winners, and first progeny winning in Grand Prix and in World Cups. He is a unique genius in the modern dressage breeding world. His dam, Granada, is an Elite mare that has produced multiple States Premium daughters as well as two Advanced Level dressage horses, Don Rubino and Dieter 27. Elite-St. Granada completed her Mare Performance Testing at Vechta scoring 8.25 for walk and 8’s for trot, canter, and rideability. Granada is sired by the Grand Prix stallion Rubinstein I who has won several Grand Prix’s and produced many winners and advanced horses.

Performance Record: Supremat OLD was the 2011 Reserve Champion Three-Year-Old riding stallion at the Oldenburg State Championship in Rastede, Germany with a score of 8.5. He then was selected to compete in the 2011 Bundeschampionate under his rider Johannes Westendarp. He placed 2nd in the qualifier with a score of 8.67 in the 3 year old riding stallion class. Click HERE to see those results. Supremat didn't compete in the final because he was in preparation for the 70 stallion testing shortly after. Supremat completed the 70-day stallion testing in Schlieckau scoring an amazing 133 points in Dressage with scores of 8.5 Trot, 9.5 Canter, 8.5 Walk, and 8.5 Rideability. His first debut in the USA he scored 80.714% in the Global Dressage Festival in Wellington, FL. He placed in the Top 20 in the 2012 National Young Horse Ranking list with an average of 8.00, only .78 points from 1st. In 2015 he received USDFBC Grand Champion breeding stallion in the Southern Region. His work ethic and passion for his job is only one of the many things he offers. This stallion has a tender heart and lovable temperament. He brings the looks, talent, and life into his offspring.

Breeding/Progeny Record: Supremat OLD passes on beautiful front legs, lovely shoulders, and lots a hind end action to his offspring as well as stunning overall confirmation. His offspring are very talented and good minded foals with lots of work ethic. He produces top premium foals with long legs and lovely movement. His offspring and information will be updated regularly on his website.

Supremat OLD is also ACCEPTED for breeding in the Westphalian and KWPN registry. 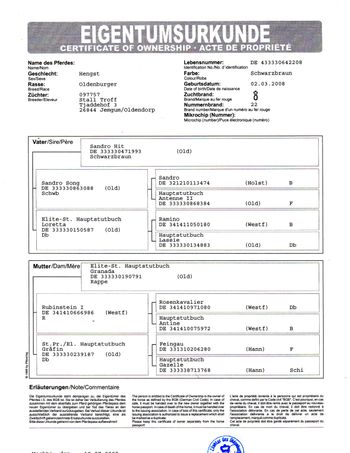 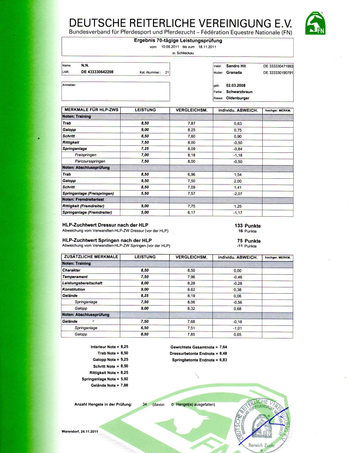 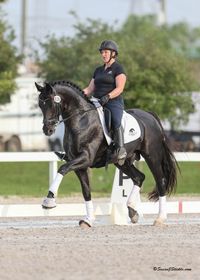 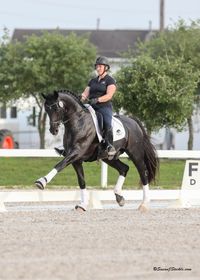 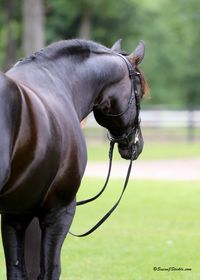